According to The New York Times, the Shubert Organization will name the Cort Theater, a landmark 110-year-old house located on West 48th Street, after Jones, a two-time competitive Tony Award winner who, over six decades, has appeared in 21 Broadway shows. Jones received a Tony Award for Lifetime Achievement in 2017.

According to Jones, early in his career when he appeared in Sunrise at Campobello he had a line — ‘Mrs. Roosevelt, supper is served” — that he struggled to deliver because of a speech disorder. “I almost didn’t make it through because I’m a stutterer. But it became a lot of fun eventually.”

James Earl Jones joins a series of successful actors who have stuttered, including the glamorous icon, Marilyn Monroe, and recently Emily Blunt, who in an interview with Sandy Kenyon, the entertainment reporter on WABC-TV NY, Channel 7’s Eyewitness News, explained that she was advised to pursue drama as a way to treat her childhood stuttering disorder. At the time she was publicizing her movie A Quiet Place, (which has been followed by “A Quiet Place II”). Her performances in both films garnered her major awards nominations.

You can learn more about why acting helps stutterers speak fluently by watching my interview with Sandy Kenyon on Eyewitness News on my homepage http://lazarspeech.com/2018/06/08/interview/

Stuttering as a form of therapy has been successful for many famous actors.  See my interview to find out who they are and why it works.

After his interview with Emily Blunt who speaks about her stuttering, Sandy Kenyon became intrigued about how dramatics can help stutterers. He reached out to me to explain the nature of stuttering and why it can be an effective therapy tool.

In the interview Sandy and I discuss how Marilyn Monroe used her “sexy” voice as a form of breath control.  The key for many stutterers is breath control: specifically, “airflow technique” in conjunction with “easy onset” of breath.

Many actors including James Earl Jones, Emily Blunt and Marilyn Monroe found relief for their stuttering through dramatics.  Being given a “role”, a new persona, allows them to become a person without a history of stuttering, as well as a written text they can mark for breaths, which is critical for stutterers.  An actor can rehearse these lines and achieve smooth, fluent speech.

Throughout more than 30 years of practice, I have worked with stutterers of all ages, children as well as adults,.  If you would like to see more articles I’ve written about stuttering click on these links:

As a communications consultant, I also work with professionals to improve their speaking skills and become confident, effective speakers. You can find out about the range of my services by reading through my website.

Call or email me to find out more about how I write a speech or coach you for a presentation — or improve your overall speaking skills. 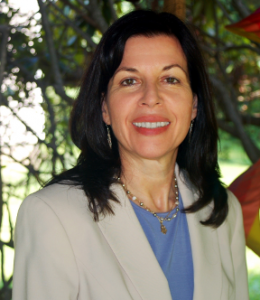 See my television interview tomorrow, June 7, 2018 at 4:20 PM with Sandy Kenyon, entertainment reporter, on Eyewitness News, WABC, Channel 7 in New York, where I discuss the nature of stuttering and how dramatics has helped famous actors deal with their stuttering.